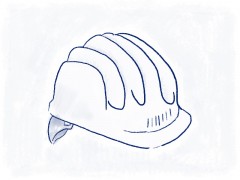 Developers are now expected to talk to the community before they finalise their development proposals.

The earlier the developers talk to the community, the easier it is to make sure that the development proposals are the most acceptable to both parties. Waiting until the proposals are drawn up ready for a planning application is a waste of everyone’s time. Changes will be costly to make and other options for development will already have been discounted.

The Statement of Community Involvement (SCI) therefore advises developers to talk to communities ‘at the early ideas stage’ of the development preparation process. This is before specific proposals are made, when significant options are still open and can be identified and while there is still the potential to make a difference.’ Ground Rule 5

is essential to be an effective residents’ planning group.

People who have not had previous experience will find this more difficult and usually will only be able to respond when they have seen drawings of what is proposed. By the time the developer has drawings of his proposals, many of the options for development design have already been discounted. This means that it is really too late in the day for the community to have effective discussions.

They will also respond about the particular impact on themselves rather than on the wider community.

Pre App CI discussions with developers are an effective way of getting a community input at an early stage, before drawings are completed. Public open meetings are not useful until there are some proposals to discuss; and drawings to display. Meetings at the earliest stage with a NPN group will help a developer get to the stage when he can put forward his ideas to the wider public. The wider public can also make comments at planning application stage in the usual way.